Whitechapel: 10 years of a cutting identity 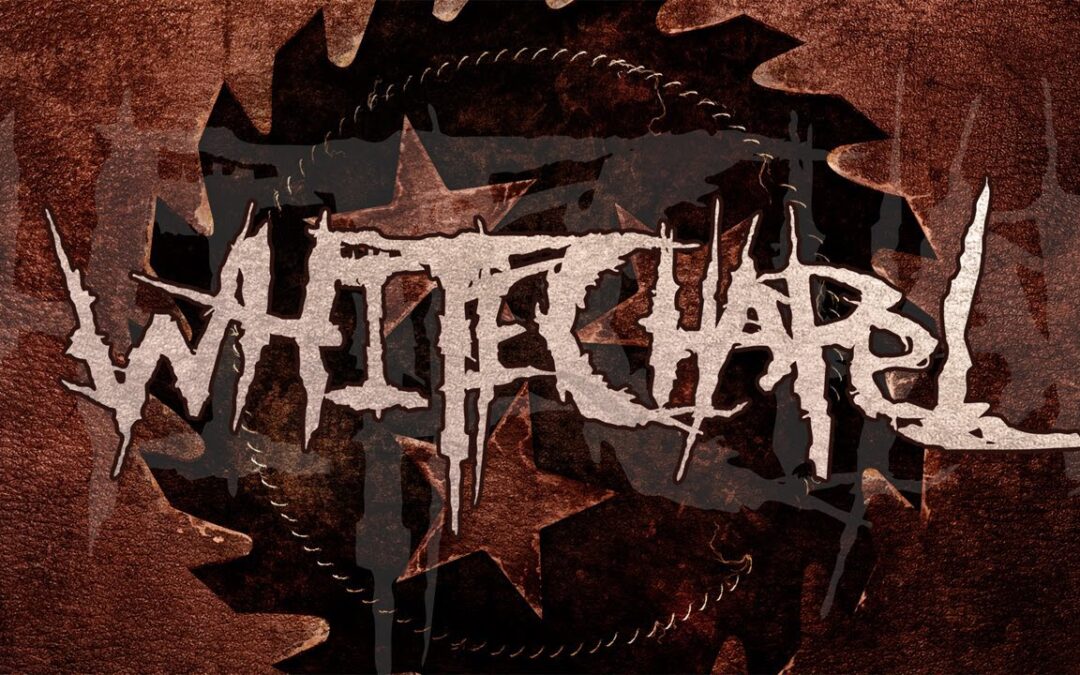 At the beginning of the 2010’s, Deathcore as a subgenre was in a remarkable process of transition. A big parallel was beginning to be made between “old school Deathcore” with its most high-profiled bands like Suicide Silence with their critically acclaimed album The Black Crown and Chelsea Grin with My Damnation keeping up the pace of the subgenre with these releases. At the same time, new exponents such as Thy Art Is Murder and Infant Annihilator began to emerge to lead what would be known as the “New School of Deathcore”.

Up to this point, Whitechapel was coming from an already legendary trilogy assembled by the crushing albums The Somatic Defilement, This Is Exile and A New Era Of Corruption in a period of 4 years between these releases, being enough to make them one of the biggest pillars of Deathcore. But beyond seeking to maintain their level of influence and notoriety in a subgenre that already established them as referents, the band faced a great challenge in seeking its own identity, an album that would mean a step forward in creative terms and most important, would make us say: “This is Whitechapel“.

This is where we arrive to Whitechapel’s powerful self-titled album. Their 4th studio production released on June 19th of 2012 through Metal Blade Records that would seek and eventually fulfill the foundations of a solid identity of its own, an identity that remains present in full force in the band until this day.

To achieve this, it was necessary to make some changes that would elevate the sound of the band, starting with the incorporation of Ben Harclerode on drums to replace Kevin Lane and Mark Lewis on the production, who dynamically not only understood the sound of the band but also the musical direction the band expected to reach.

After the path of devastation left with the Somatic-Exile-New Era trilogy, Whitechapel, more than releasing a faster or heavier album, wanted to assemble all those elements established in the previous albums, but this time to give an ideal shape to the sound of the band. Managing much better the characteristic elements of the band’s sound such as fast sections and breakdowns in the songs, embracing a songwriting process in which greater priority is given to a more technically polished structure but at the same time committed to create more “Hooks” and memorable songs.

At the moment we start the album we find these new elements right away with “Make It Bleed”, a song that begins with a calm piano introduction to give way to Phil Bozeman who after a brief review of the 3 albums in one verse, gives us an explosive welcome. a new stage that begins in a frenetic and explosive way. This song is undoubtedly the perfect opening for this album, since it makes us understand that we are indeed facing a Whitechapel album but at the same time it introduce us to new elements and very interesting transitions.

These elements continue with the frenetic “Hate Creation” and “(Cult)uralist”, songs in which the band gives free rein to its faster and heavier facets but do not hesitate to add dynamic elements that are well commanded by the versatile work of Harclerode on drums and the infallible guitar trio of Ben Savage, Alex Wade and Zach Householder who in this album manage to better distribute the melodies and riffs executed by each one, being covered by the low frequency attacks from Gabe Crisp.

Whitechapel’s focus on creating memorable songs led them to add “Hooks” to songs in order to achieve greater listener fidelity through catchy verses and enveloping riffs heavily influenced by Groove Metal. The summit of this element is “I, Dementia”, a song that is perhaps the greatest anthem of this album and which would become recurrent in their live performances. Representing a great success on the part of this musical approach from the band.

Amidst the fresh new approach brought on this album, Whitechapel proves they can still pack a punch with powerful tracks such as “Section 8” and “Faces”. Songs in which the band releases great power and fury both lyrically and instrumentally, huge songs that at the time were great favorites as they were recurrently included in the band’s live setlists.

The self-titled album also stands out for its solid tracklist, songs in which the order in which they are presented makes this album a much more enjoyable experience. Making highly underrated gems such as “The Night Remains” and “Dead Silence” shine on this album with full force and identity of their own, followed by a short, emotional instrumental on “Devoid” to signal the final stretch of this great album.

At the end of this album we approach to “Possibilities Of An Impossible Existence”, a song that presents us with a crushing riff with forceful lyrics in which a furious Phil Bozeman points his finger at a personal thematic that would eventually end up taking a major relevance in the albums of the band in the future.

Beyond the great work in songwriting and musical execution, the definitive hallmark not only of this album but of the entire band would come from the already iconic sawblade with stars on the cover. Which represents the flag of the state of Knoxville (State where the band is proudly native) printed on said sawblade, a concept created by Ben Savage that would completely define the image of the band. Becoming a symbol that would be recurrent in albums, merchandise and even on the skin of the most loyal fans of the band who carry tattoos of this image. Something that Phil Bozeman, Alex Wade and Gabe Crisp also wear as a symbol of unity and brotherhood.

Whitechapel’s self-titled album, more than being a great musical release, still represents one of the key points in the band’s discography, since it was the first album that really laid the foundations for a visual and musical identity that we continue to appreciate until this day in Whitechapel. Especially highlighting that endless search to march forward on a constant path of musical exploration from which majestic albums such as The Valley and Kin came to emerge, always leaving the eternal emotion and expectation of what Whitechapel will do next to make their powerful identity grow on their endless musical journey.

Any cookies that may not be particularly necessary for the website to function and is used specifically to collect user personal data via analytics, ads, other embedded contents are termed as non-necessary cookies. It is mandatory to procure user consent prior to running these cookies on your website.