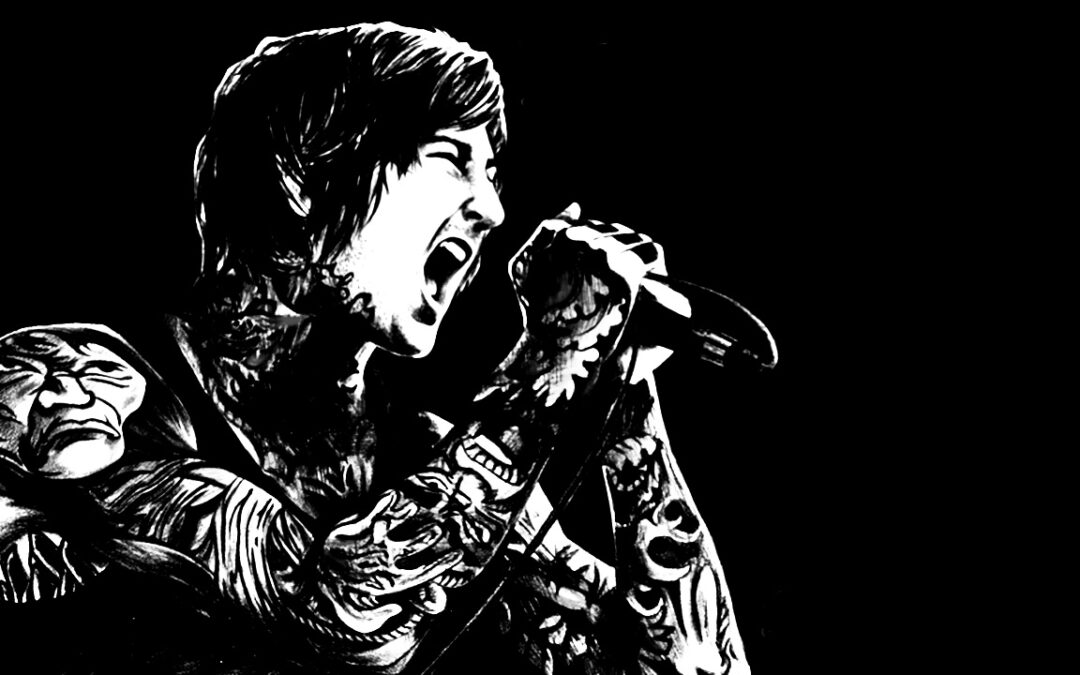 Historically in the Metal world, each subgenre has been raised by great exponents who, taking a step forward and with great leadership, have managed to become pillars of their respective subgenre, figures that become equal to or greater than any label for the music they perform. Musicians like Dave Mustaine in Thrash Metal or Chuck Schuldiner in Death Metal can be clear examples of this, but in the case of Deathcore there is no doubt that its greatest icon was and continues to be Mitchell Adam Lucker.

In the early 2000’s with Mitch Lucker as their frontman, Suicide Silence achieved rapid growth into an emerging young scene that combined elements of Death Metal and Hardcore that would come to be known as Deathcore. Bands such as Job For A Cowboy and Whitechapel were starting to make a name for themselves on the scene, but when the word “Deathcore” was mentioned the first band that jumped to mind was Suicide Silence. This was largely due to the furious stage performance that Mitch Lucker gave off, making every live performance of Suicide Silence a very physical and emotional experience for all the fans attending their intense early shows.

Mitch Lucker’s great connection with Suicide Silence fans was full of huge contrasts depending on whether Mitch was onstage or offstage. On stage he was a devastating force with an unmatched voice and stage presence, unleashing massive amounts of energy that reflected back into the audience. While offstage Mitch was an extremely wholesome and caring human being with his fans, always taking the time to share, chat, sign autographs and take photos whenever he could. Remembering the fact that regardless of the great success and recognition he had, he was still a fan himself, expressing his bond with his fans with his already legendary quote “Without fans we are not shit”.

When you are a young teenager between the ages of 15-16 years old, you face many situations, places or people who seek to reduce you and bring you down to your lowest point. A familiar feeling for many young people who discovered in the furious music of Suicide Silence and in the figure of Mitch Lucker a guide who screams right to your face not to reduce you, but to empower you to get up, move forward and scream back even louder.

Who doesn’t remember screaming out loud verses such as “Where is your God!?”, “Pull the trigger bitch!”, “Wake up! Wake up!”, “Live life hard!” or just simply “Fuck everything!”? Each album had a clear and direct intention through the themes that Mitch’s lyrics addressed. The Cleansing contained extremely angry lyrics that can be described as a true ode to the catharsis of inner rage, No Time To Bleed invites to expand the horizons of the mind and finally The Black Crown presents a chaotic vision of the world around us and how to face it. Amid the various lyrical nuances of each album, they all share the same goal: Empowering you as you listen.

Being perhaps the most iconic lyrics of his career, “You Only Live Once” is the song that perfectly defines Mitch’s lifestyle, who saw each day as a new adventure and sought to make the most of his time in life making every second divine. Something that has been mentioned by friends and relatives as “Living many lives in 28 years” due to the great emotion with which Mitch lived, giving greater meaning to “Live life hard” and turning it into a lifestyle more than a verse. Something that Mitch carried on his shoulders with pride until his final days.

We all remember where we were and what we were doing when we found out that we would no longer hear Mitch’s powerful verses being screamed with his unique force and never again see his signature “Lucker stomp” shaking stages live. Leaving many of us wanting to have seen him live or at least have known him.

With the early passing of Mitch Lucker, many plans were left unfinished, including a benefit concert to be held in December of that year. This concert ended up becoming the now legendary Mitch Lucker Memorial Show, where big names in Metal such as Max Cavalera, Randy Blythe, Phil Bozeman, Danny Worsnop and Eddie Hermida got together to perform the most iconic songs of Mitch’s career as a tribute to his life and work. Considered the most important night in the history of Deathcore as a subgenre, due to the great unity and emotion that was felt in the environment, a record that was immortalized in a later DVD release.

After this, the status of Suicide Silence as a band was pretty much in limbo, the future was totally uncertain and many expected the trajectory of the band to be finished. But, before leaving, Mitch Lucker left as a final swan song of legacy the lyrics of “You Can’t Stop Me”, a song that would give title to an eventual studio album and at the same time, the light of the path by which Suicide Silence would get up and continue moving forward. This time with Eddie Hermida on vocals, who with pride, dignity and integrity has been doing a great job in the band to this day, always waving the flag of Mitch’s legacy while reaching new musical horizons that to this day are still being expanded.

To this day, 10 years after his passing, Mitch Lucker is still remembered and celebrated not only by Suicide Silence fans but also by all Deathcore fans in general. To the point where his final post on Instagram, which presciently wrote the caption “The dead are living”, has become a sort of pilgrimage space, where thousands of fans to this day continue to post comments their respects, congratulations on his birthday dates and even tell stories about how his music, his personality and especially his lyrics continue to have a positive impact in their lives.

Mitch Lucker saw the birth of Deathcore and after his passing a decade later, the subgenre has been constantly growing with new referent bands such as Lorna Shore, Shadow Of Intent, Enterprise Earth (And many more), and still after this constant evolution, Mitch is still considered the biggest figure in the whole subgenre. Years will pass and Mitch Lucker will continue to be the ultimate icon and reference for the entire Deathcore scene, especially for all of us who are far from being the 15-16 year kids who discovered his music in high school, but we will still keep forever in our minds and hearts his young image full of vitality, joy and power.

In the end he was right…

“Ending is the beginning”.

Any cookies that may not be particularly necessary for the website to function and is used specifically to collect user personal data via analytics, ads, other embedded contents are termed as non-necessary cookies. It is mandatory to procure user consent prior to running these cookies on your website.